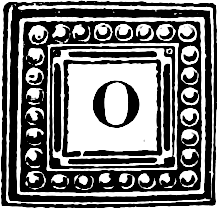 One curious point about the new 2010 OWASP Top 10 Application Security Risks is that only 3 of them aren’t common. The “Weakness Prevalence” for each of Insecure Cryptographic Storage (A7), Failure to Restrict URL Access (A8), and Unvalidated Redirects and Forwards (A10) is rated uncommon. That doesn’t mean that an uncommon risk can’t be a critical one; these three points highlight the challenge of producing an unbiased list and conveying risk.

Risk is complex and difficult to quantify. The OWASP Top 10 includes a What’s My Risk? section that provides guidance on how to interpret the list. The list is influenced by the experience of people who perform penetration tests, code reviews, or conduct research on web security.

The Top 10 rates Insecure Cryptographic Storage (A7) with an uncommon prevalence and difficult to detect. One of the reasons it’s hard to detect is that back-end storage schemes can’t be reviewed by blackbox scanners (i.e. web scanners) nor can source code scanners point out these problems other than by indicating misuse of a language’s crypto functions. So, one interpretation is that insecure crypto is uncommon only because more people haven’t discovered or revealed such problems. Yet not salting a password hash is one of the most egregious mistakes a web app developer can make and one of the easier problems to fix – the practice of salting password hashes has been around since Unix epoch time was in single digits.

It’s also interesting that insecure crypto is the only one on the list that’s rated difficult to detect. On the other hand, Cross-Site Scripting (A2) is “very widespread” and “easy” to detect. But maybe it’s very widespread because it’s so trivial to find. People might simply focus on searching for vulns that require minimal tools and skill to discover. Alternately, XSS might be very widespread because it’s not easy to find in a way that scales with development or keeps up with the complexity of web apps. (Of course, this assumes that devs are looking for it in the first place.) XSS tends to be easy for manual testing, whereas scanners need to effectively crawl an app before they can go through their own detection techniques.

Broken Authentication and Session Management (A3) covers brute force attacks against login pages. It’s an item whose risk is too-often demonstrated by real-world attacks. In 2010 the Apache Foundation suffered an attack that relied on brute forcing a password. (Apache’s network had a similar password-driven intrusion in 2001. These events are mentioned because of the clarity of their postmortems, not to insinuate that the org inherently insecure.) In 2009 Twitter provided happiness to another password guesser.

Knowing the password to an account is the best way to pilfer a user’s data and gain unauthorized access to a site. The only markers for an attacker using valid credentials are behavioral patterns – time of day the account was accessed, duration of activity, geographic source of the connection, etc. The attacker doesn’t have to use any malicious characters or techniques that could trigger XSS or SQL injection countermeasures.

The impact of a compromised password is similar to how CSRF (A5) works. The nature of a CRSF attack is to force a victim’s browser to make a request to the target app using the context of the victim’s authenticated session in order to perform some action within the app. For example, a CSRF attack might change the victim’s password to a value chosen by the attacker, or update the victim’s email to one owned by the attacker.

By design, browsers make many requests without direct interaction from a user (such as loading images, CSS, JavaScript, and iframes). CSRF requires the victim’s browser to visit a booby-trapped page, but doesn’t require the victim to click anything. The target web app neither sees the attacker’s traffic nor even suspects the attacker’s activity because all of the interaction occurs between the victim’s browser and the app.

CSRF serves as a good example of the changing nature of the web security industry. CSRF vulnerabilities have existed as long as the web. The attack takes advantage of the fundamental nature of HTML and HTTP whereby browsers automatically load certain types of resources. Importantly, the attack just needs to build a request. It doesn’t need to read the response, hence it isn’t inhibited by the Same Origin Policy.

CSRF hopped on the Top 10 list’s revision in 2007, three years after the list’s first appearance. It’s doubtful that CSRF vulnerabilities were any more or less prevalent over that three year period (or even the before 2000). Its inclusion was a nod to having a better understanding and appreciation of the risk associated with the vuln. And it’s a risk that’s likely to increase when the pool of victims can be measured in the hundreds of millions rather than the hundreds of thousands.

This vuln also highlights an observation bias of security researchers. Now that CSRF is in vogue people start to look for it everywhere. Security conferences get more presentations about advanced ways to exploit the vulnerability, even though real-world attackers seem fine with the returns on guessing passwords, seeding web pages with malware, and phishing. Take a look at HTML injection (what everyone else calls XSS). Injecting script tags into a web page via an unchecked parameter dates back to the beginning of the web.

Before you shrug off this discussion of CSRF as hand waving with comments like, “But I could hack site Foo by doing Bar and then make lots of money,” consider what you’re arguing: A knowledgeable or dedicated attacker will find a useful exploit. Risk may include many components, including Threat Agents (to use the Top 10’s term). Risk increases under a targeted attack – someone actively looking to compromise the app or its users’ data. If you want to add an “Exploitability” metric to your risk calculation, keep in mind that ease of exploitability is often related to the threat agent and tends to be a step function: It might be hard to figure out the exploit in the first place, but anyone can run a 42-line Python script that automates the attack.

This is why the Top 10 list should be a starting point to defining security practices for your web site, but it shouldn’t be the end of the road. Even the OWASP site admonishes readers to use the list for awareness rather than policy. So, if you’ve been worried about information leakage and improper error handling since 2007 don’t think the problem has disappeared because it’s not on the list in 2010.