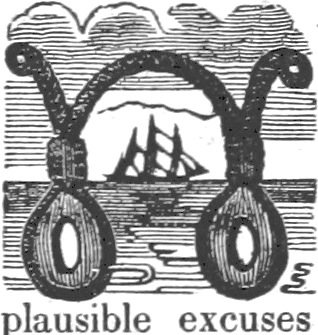 In June 2010 the Stanford Web Security Research Group released a study of clickjacking countermeasures employed across Alexa Top-500 web sites. It’s an excellent survey of different approaches taken by web developers to prevent their sites from being subsumed by an iframe tag.

One interesting point emphasized in the paper is how easily regular expressions can be misused or misunderstood as security filters. Regexes can be used to create positive or negative security models – either match acceptable content (allow listing) or match attack patterns (deny listing). Inadequate regexes lead to more vulnerabilities than just clickjacking.

One of the biggest mistakes made in regex patterns is leaving them unanchored. Anchors determine the span of a pattern’s match against an input string. The ^ anchor matches the beginning of a line. The $ anchor matches the end of a line. (Just to confuse the situation, when ^ appears inside grouping brackets it indicates negation, e.g. [^a]+ means match one or more characters that is not a.)

Consider the example of the nytimes.com’s document.referrer check as shown in Section 3.5 of the Stanford paper. The weak regex is highlighted below:

As the study’s authors point out (and anyone who is using regexes as part of a security or input validation filter should know), the pattern is unanchored and therefore easily bypassed. The site developers intended to check the referrer for links like these:

Since the pattern isn’t anchored, it will look through the entire input string for a match, which leaves the attacker with a simple bypass technique. In the following example, the pattern matches the text in red – clearly not the developers’ intent:

The devs wanted to match a URI whose domain included “.nytimes.com”, but the pattern would match anywhere within the referrer string.

The regex would be improved by requiring the pattern to begin at the first character of the input string. The new, anchored pattern would look more like this:

The same concept applies to input validation for form fields and URI parameters. Imagine a web developer, we’ll call him Wilberforce for alliterative purposes, who wishes to validate U.S. zip codes submitted in credit card forms. The simplest pattern would check for five digits, using any of these approaches:

At first glance the pattern works. Wilberforce even tests some basic XSS and SQL injection attacks with nefarious payloads like and 'OR 19=19. The regex rejects them all.

Then our attacker, let’s call her Agatha, happens to come by the site. She’s a little savvier and, whether or not she knows exactly what the validation pattern looks like, tries a few malicious zip codes (the five digits are underlined):

Poor Wilberforce’s unanchored pattern finds a matching string in all three cases, thereby allowing the malicious content through the filter and enabling Agatha to compromise the site. If the pattern had been anchored to match the complete input string from beginning to end then the filter wouldn’t have failed so spectacularly:

Even basic string-matching approaches can fall victim to the unanchored problem; after all they’re nothing more than regex patterns without the syntax for wildcards, alternation, and grouping. Let’s go back to the Stanford paper for an example of walmart.com’s document.referrer check based on a JavaScript String object’s IndexOf function. This function returns the first position in the input string of the argument or -1 in case the argument isn’t found:

Sigh. As long as the document.referrer contains the string “walmart.com” the anti-framing code won’t trigger. For Agatha, the bypass is as simple as putting her booby-trapped clickjacking page on a site with a domain name like “walmart.com.evil.lair” or maybe using a URI fragment, https://evil.lair/clickjack.html#walmart.com. The developers neglected to ensure that the host from the referrer URI ends in walmart.com rather than merely contains walmart.com.

The previous sentence is very important. The referrer string isn’t supposed to end in walmart.com, the referrer’s host is supposed to end with that domain. That’s an important distinction considering the bypass techniques we’ve already mentioned:

Input validation filters often require an understanding of a data type’s grammar. Some times this is simple, such as a five digit zip code. More complex cases, such as email addresses and URIs, require that the input string be parsed before pattern matching is applied.

The previous indexOf string example failed because it doesn’t actually parse the referrer’s URI; it just looks for the presence of a string. The regex pattern in the nytimes.com example was superior because it at least tried to understand the URI grammar by matching content between the URI’s scheme (http or https) and the first slash (/)1.

A good security filter must understand the context of the pattern to be matched. The improved walmart.com referrer check is shown below. Notice that the get_hostname_from_url function now uses a regex to extract the host name from the referrer’s URI and the string comparison ensures the host name either exactly matches or ends with “walmart.com”. (You could quibble that the regex in get_hostname_from_url isn’t anchored, but in this case the pattern works because it’s not possible to smuggle malicious content inside the URI’s scheme. The pattern would fail if it returned the last match instead of the first match. And, yes, the typo in the comment in the killFrames function is in the original JavaScript.)

Regexes and string matching functions are ubiquitous throughout web applications. If you’re implementing security filters with these functions, keep these points in mind:

Always match the entire input string. Anchor patterns to the start (^) and end ($) of input strings. If you expect input strings to include multiple lines, understand how multiline (?m) and single line (?s) flags will affect the pattern – if you’re not sure then treat it as a single line. Where appropriate to the context, the results of string matching functions should be tested to see if the match occurred at the beginning, within, or end of a string.

Prefer a positive security model over a negative one. Define what you want to explicitly accept rather than what to reject.

Allow content that you expect to receive and deny anything that doesn’t fit. Allow list filters should be as strict as possible to avoid incorrectly matching malicious content. If you go the route of deny listing content, make the patterns as lenient as possible to better match unexpected scenarios – an attacker may have an encoding technique or JavaScript trick you’ve never heard of.

Consider a parser instead of a regex. If you want to match a URI attribute, make sure your pattern extracts the right value. URIs can be complex. If you’re trying to use regexes to parse HTML content…good luck.

Don’t shy away from regexes because their syntax looks daunting, just remember to test your patterns against a wide array of malicious and valid input strings.